As an instrumentality of the US Virgin Islands government, the statutory authority for the UVI RTPark program derives from a series of legislative provisions. Act No. 6502 was signed into law on February 21, 2002 by USVI Governor Charles W. Turnbull, which added Chapters 34 and 43 to Title 17 of the Virgin Islands Code. This legislation established the RTPark program and RTPark-PC as public corporations and autonomous instrumentalities of the Virgin Islands government. Throughout the years, there have been amendments to the enabling legislation, which have further clarified the status of RTPark program beneficiaries, the composition and term duration of Directors, and the definition of firms that can qualify under the incentive program. There is a stable regulatory environment and the RTPark program enjoys a good working relationship with all branches of government and related economic development agencies. 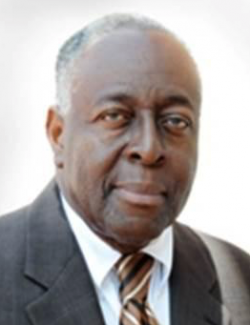 Mr. Edward Thomas, Chairman of the Board

Mr. Thomas graduated from the Charlotte Amalie High School on St. Thomas in June, 1961 and received his Bachelor of Arts Degree in Economics and Accounting from Inter-American University in May, 1966. He retired in 2011 from The West Indian Company Limited, which he served as its president and chief executive officer for many years. In this position, he was responsible for managing cruise ship operations and also the Havensight Shopping Mall for its owners, the Government Employees Retirement System. He served on the board of the St. Thomas/St. John Chamber of Commerce as well as the board of the St. Thomas/St. John Hotel & Tourism Association, on the board of directors of the Community Foundation of the Virgin Islands, the Foundation for the University of the Virgin Islands, and the UVI Board of Trustees. Based on his knowledge and experience he was appointed to serve on the West Indian Company Limited Board of Directors.  He currently serves as the Chairman of the Research and Technology Park Board of Directors. 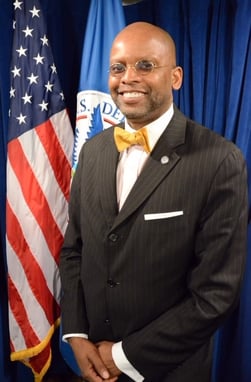 Adrian R. Gardner is a career public servant and member of the Senior Executive Service and serves as the Caribbean Communications and Information Technology Sector Lead within the Caribbean Area Division of the Federal Emergency Management Agency (FEMA).  In this capacity, Mr. Gardner is responsible for (1) continuity of communications for the U.S. Caribbean Territory government leadership and other critical infrastructure stakeholders, (2) implementing a state of the art survivable and interoperable communications infrastructure for continuity of critical government functions required to provide public safety for the people of the US Caribbean Territories, and (3) developing, deploying, and sustaining a modern and resilient digital smart infrastructure required to support the current and future economic needs of the US Caribbean Territories.

Prior to his appointment to this post, Mr. Gardner served as the agency’s Chief Information Officer (CIO), responsible for the governance and operations of the agency's information systems, ensuring the system complies with regulatory requirements in support of FEMA's mission and objectives.  Prior to joining FEMA, he was CIO and Director of the Information Technology and Communications Directorate at the National Aeronautical and Space Administration's (NASA) Goddard Space Flight Center. Prior to serving as CIO at the NASA Goddard Space Flight Center, Mr. Gardner served as CIO of the National Weather Service within the National Oceanic and Atmospheric Administration (NOAA). Previously, he was with the Department of Energy as the Deputy CIO for Cyber Security from September 2005 to September 2006 and the Deputy CIO for IT Reform from October 2006 to January 2007. He also served as the first data architect for the DATA.GOV, the home of the U.S. Government’s open data.

Mr. Gardner has served within the federal government for over 25 years, working to enable mission capability and readiness within the scientific, security, and defense sectors. In 2005 and 2018, he earned the Federal 100 Award, which honors individuals from government, industry and academia for ideas and accomplishments that achieved results for the government information technology community.

Mr. Gardner is a Doctoral Candidate at the University of Southern California, School of Public Policy and Planning, where he holds a Master’s degree in Public Administration. He also holds a Master of Science degree in Environmental Studies from Hood College and is the recipient of an honorary doctorate degree from that institution. Mr. Gardner earned his Bachelor of Science degree in Biological Science and Ecology from the Tuskegee Institute, where he also was inducted into the Tuskegee University ROTC Hall of Fame in 2018. Mr. Gardner is a Veteran and served with distinction in the United States Air Force. Mr. Gardner is a life member of the National Urban League and serves several civic and community organizations within the District of Columbia. 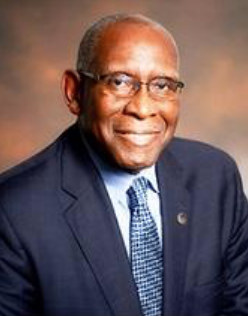 Dr. David Hall,  President of the University of the Virgin Islands (UVI)

Dr. David Hall began his tenure as the fifth president of the University of the Virgin Islands on August 1, 2009. Born in Savannah, Georgia, Dr. Hall holds a bachelor’s degree from Kansas State University, where he was named an “All American” for his athletic and scholarly accomplishments. After graduating from Kansas State, he played professional basketball in Italy. He received his doctor of jurisprudence (JD) from the University of Oklahoma, where he also earned a master’s degree in Human Relations. He holds both an LL.M. degree and a doctorate of juridical science (SJD) from Harvard Law School.

Having taught law for more than 25 years in the law schools of the University of Mississippi, the University of Oklahoma and Northeastern University, Dr. Hall has enjoyed a distinguished career as an educational administrator and preeminent scholar in the field of law. In May 2010, in recognition of his significant contributions to the legal field, Dr. Hall was awarded the honorary degree of Doctor of Laws from the New England School of Law in Boston, Massachusetts.   He has been honored by the Massachusetts Black Lawyers Association as a Trailblazer. Dr. Hall was appointed by President George W. Bush to serve on the Legal Services Corporation Board of Directors. 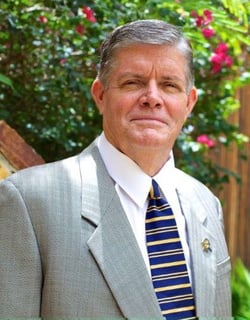 Judge Henry Smock, Chair of the UVI Board of Trustees

Henry C. Smock, a former Territorial Court Judge, has been practicing law in the Virgin Islands for over 39 years. Born in Los Angeles, California, he received his undergraduate degree from Rutgers University and law degree from  the University of North Carolina at Chapel Hill. He is a partner in the Law Firm of Smock & Moorhead, a practice that was established in 2006.

Mr. Smock serves on and chairs several non-profit boards and commissions, including Lutheran Social Services, the Virgin Islands Academic and Cultural Awards Endowment, Foundation for the Reichhold Center for the Arts, Virgin Islands Research and Technology Park, and is currently Chair of the  Board of Trustees of the University of the Virgin Islands.

He received the Winston Hodge Award for Public Service from the Virgin Islands Bar Association in 2011 and the Dedicated Service Award from Lutheran Social Services. 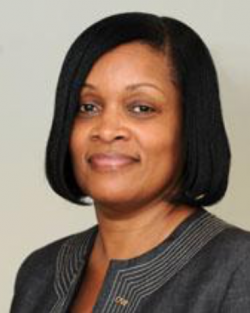 Our firm, The RainTree Group, came into the UVI RT Park program in 2018.  We didn't have much experience in the USVI and followed the advice of the wonderful RT Park staff and other RT Park tenants.  The application process was transparent and straightforward.   The simple concept of the Park is mutual benefit - your company gets some tax incentives that allows you to grow your business more quickly and the USVI and UVI gets additional tax base, employment opportunities, and scholarships for deserving students.  The business environment and life in the USVI is slower paces and less stressful as the mainland, and without question the biggest business hurdle is communications, so find an office location where you have investigated the broadband options. Come and join us, you won't regret it!

In January 2012 my business was underway as a Tech Park entity. It has been a wonderful seven years. The Tech Park has always been supportive, easy to do business with, and is making a positive impact on the islands. The Tech Park organization is professional and efficient. They have created a friendly business environment that has been a pleasure to work within and a great experience overall. I would encourage any eligible entity to consider joining us in the Tech Park.

We have been part of the RT-Park program for almost three years now.  The application process was straight forward and we had plenty of dialogue and feedback prior to our approval.  My only regret is we didn’t do this sooner.  It is satisfying  knowing that we are partners with UVI and enabling the education of the next generation .  We also love living in the USVI.  People are warm and welcoming and the pace of life is amazing healthy.  Most days it feels like a working vacation.

There are many unique treasures to living here. I’ve discovered a passion for mountain biking. My children have learned to sail. With a small community, you get to know people quickly. We found they went out of their way to make us feel welcome. When considering the move, a top concern was the children’s education. We found a quality school our kids love, with a dedicated faculty. In fairness there is an adjustment period. You learn to navigate island life, master shipping logistics, get to know a new culture, and take in some of the most beautiful ocean views in the world.