ST. CROIX - The UVI Research and Technology Park Corporation (RTPark) announced Emmy-nominated actor, director, and producer, Tim Reid as the first keynote speaker for their 2022 Business Attraction Summit to be held on May 19th and 20th. 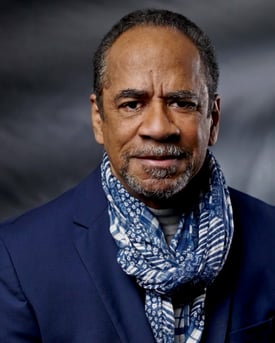 Reid has appeared on television for over three decades, from Venus Flytrap, on WKRP in Cincinnati through Simon & Simon, Frank’s Place, Sister, Sister, That 70’s Show, HBO’s Treme, and recently OWN’s Greenleaf and Love Is.

Leveraging the use of technology within the entertainment industry to empower communities of color has been an important theme throughout Reid’s work as a cultural activist, producer, and director. Reid recently launched an international streaming service, “lgcytv.com,” which is intended to be an independent source of entertainment content that highlights and shares the history, lifestyles, and culture of the African Diaspora, as they continue to play an essential role in shaping the destiny of mankind throughout the world, according to Reid.

“We're at a critical point in our history as we witness the dynamic merger of technology and humanity. Technologies will either assist our cultural diversity to flourish and enhance our future or through its formidable power, it will destroy any chance of us realizing in mutual destiny,” Reid said. “It’s solely up to those who control and program its power. Those of the African diaspora must become cultural programmers or continue to be programmed.”

“Embracing the full breadth of the RTPark’s mandate allows the corporation to attract businesses not only in information technology and agriculture but also in sectors that hold great economic potential for the Virgin Islands, such as the entertainment industry,” Chapman said. “Mr. Reid’s perspectives add momentum to the work we are doing to create a more sustainable economy for our community.”

This year’s RTPark Business Attraction Summit is a free two-day virtual event which will be streamed to rapidly growing and established tech companies from around the world, emerging tech entrepreneurs, high net worth investors, and key influencers in the tech and economic development industries who are interested in learning about the benefits of living and working in the U.S. Virgin Islands (USVI).

The RTPark’s Board of Directors Chairman, Edward Thomas, extended his welcome to Reid and said he looks forward to hearing the keynote speech along with dozens of attendees throughout the USVI and the mainland United States.

“The board joins the RTPark team in welcoming Mr. Reid with the USVI’s renowned hospitality. This year’s summit is shaping up to be another successful event and we congratulate the team on the great work they’ve done to plan an exciting program.”

To register for the summit, visit: usvitechsummit.com/register

Go back | Show other stories |